Imagine being accused of a crime that you didn’t commit. You agree to speak with the police and you insist that you are innocent, but a detective says that they found your DNA at the crime scene. You wonder: How could that possibly be?

Maybe it isn’t. People are often surprised to learn that police are allowed to lie to criminal suspects, even if it means pretending to have incriminating evidence that doesn’t actually exist. Earlier this month, for example, Virginia Beach Police were found to have created and used fake DNA reports to elicit confessions from suspects—and though they ultimately discontinued the practice, they also issued a statement defending the tactic as “legal.” Indeed, a 1969 Supreme Court ruling effectively gives police carte blanche to lie to suspects during interrogations, although this same practice has long been prohibited in Germany (since 1950), England (since 1984), and Australia (since 1995), among others.

Psychologists now understand that innocent suspects sometimes confess to crimes that they didn’t commit—and that lying to suspects increases this risk. In one classic experiment, for example, nearly all participants (94 percent) falsely confessed to damaging a computer if an eyewitness falsely claimed to have seen them do it, compared with only 48 percent of those who weren’t lied to. These false confessions aren’t limited to the laboratory; since 1989, over 350 innocent Americans—that we know of—have been wrongly convicted due to a false confession and imprisoned for an average of 13 years. 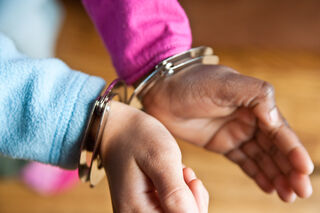 Further, experts overwhelmingly agree that juvenile suspects are more likely than adults to give a false confession—especially when police lie to them. Compared with young adults, juveniles in one experiment were 27 percent more likely to falsely confess overall—and 61 percent more likely if shown fabricated evidence of their guilt. Similarly, in an analysis of known wrongful convictions, 42 percent of juvenile cases—but only 12 percent of adult cases—involved a false confession.

It is well-known that adolescents are cognitively, socially, and neurologically different from adults in ways that impair their decision-making—and as such, the Supreme Court has recognized that “children cannot be viewed simply as miniature adults.” Relative to adults, juveniles tend to be more compliant with authority figures, less able to cope with stress, and more prone to temporal discounting—that is, valuing immediate rewards over long-term consequences—due in part to underdeveloped brain areas that regulate these abilities. In other words, the same short-sighted impulses that lead teenagers to drive drunk, have unprotected sex, or yield to peer pressure can lead them to give false confessions, which derail criminal investigations and leave the true perpetrators free to victimize others.

Guided by studies like these, Illinois and Oregon became the first states to ban police from lying to juvenile suspects just last year. This year, legislators in Nebraska, Colorado, and Utah are considering bills to do the same for those states—and interested parties can comment on those bills online and or at upcoming public hearings. But even the best-case scenario leaves us with 45 states where police—the very people who children should trust—can lie to (and thereby jeopardize) children without consequence.

Across the country, laws prevent children from buying cigarettes, signing contracts, or even using tanning beds—and for good reason: We know that their psychological immaturity can lead them to make rash and self-destructive decisions. Why, then, do we trust these same children to make good decisions in the interrogation room? It’s time for all states to follow the scientific evidence and treat kids like kids.